How to keep the passion in sex during infertility treatment 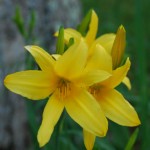 I saw this couple, Susan and Bob(not their real names), in my office today who really want to have a baby. They thought it would be easy to get pregnant once she got off birth control pills. They were ready to be parents and were looking forward to pregnancy. All their friends were pregnant and starting to have babies. Their siblings and coworkers were doing the same.

They had been trying on their own to get pregnant for the past year with no success. Susan went to her gynecologist and had some fertility testing done. Bob also had his sperm tested. No problems showed up for either of them. The doctor said not to worry … she was 36 and they probably had plenty of time. The doctor gave her some clomid pills to help her ovulate, told her to buy an ovulation predictor kit, have sex around the time of ovulation, and come back in a few months if she was not pregnant.

Susan and Bob still had fun sex that first month of trying to get pregnant. The second month she made sure he knew she was ovulating so they could have sex and hopefully get pregnant. The problem this month was that Bob had been traveling several days a  week, working long hours, and was exhausted. He was not in the mood to have sex, and she was putting lots of pressure on him. She had endured another month of clomid, and she expected him to have sex with her these few critical baby making days of the month. The more she pressured him, the less interested he was in having sex. He couldn’t keep an erection no matter how much he wanted to.

Then Susan started crying and was very upset with him. The madder she got, the more he felt inadequate. Bob did not want to let her down. He wanted a baby as much as she did. They had trouble talking about their feelings so there was underlying tension in their home. She was dreading taking clomid another month, and he was dreading the pressure of having to perform sexually during ovulation. They stopped having sex for the rest of the month, and her period was a sad reminder that not getting pregnant was starting to affect their marriage and their sex life.

So many couples have a similar experience, and there are several things you can try to solve these problems. Plan to have a conversation when both of you are rested and can focus on each other. Decide to have sex several times a week, even if you are not in the mood. Sex may or may not include intercourse. Having regular sex is not harmful to your marriage, and it is enjoyable. Then, around the time of ovulation, make plans for sex to be extra special. You know how to please each other, and this is the time to go all out. There is no reason to let your sex life suffer while you are trying to get pregnant, so give it the passionate attention it calls for.