There are many common challenges during infertility which are freq 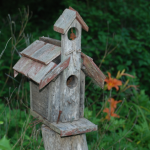 uently written about, and these include the emotional, physical, financial and relationship issues. However, the one issue that I believe commands more attention is the spiritual and religious aspects of infertility. During the past two decades of working as an infertility counselor, I have learned the importance of asking couples if they are having any religious or spiritual struggles with their choice of infertility treatment. If I don’ ask this important question, couples may wrestle with issue and sit silently in pain.

Although the Catholic doctrine does not condone the use of assisted reproductive technologies to become pregnant, Catholics are not alone in having moral, ethical and emotional struggles over whether particular infertility treatments align with their religious beliefs.

In fact, a few months ago, I counseled with a couple, Judy and Mark, (not their real names) who were trying to decide if attempting a pregnancy with donor eggs would be an acceptable way to build a family. They had tried a couple of intrauterine inseminations and one in vitro fertilization cycle, and their reproductive endocrinologist was now recommending they use donor eggs because Judy is in her early 40’s and her egg quality was poor. After three years of struggling to get pregnant, Judy was ready to move forward with using donor eggs.

However, Mark was raised in the Catholic church and was a devoted Catholic. He said he knew the Pope did not condone using assisted reproductive technologies so he wasn’t sure whether this was an acceptable option for him. He said that IVF was a stretch, and using donor eggs was a stretch he wasn’t sure he could come to terms with. We spent time exploring their religious and spiritual beliefs, and we discussed the importance of honoring their beliefs, values, and truths. I recommended they meet with their priest to talk about how much they wanted to be parents and how conflicted they were feeling about using donor eggs for conception.

They had a good relationship with their priest  and were open to his exploring this topic with him. I did not hear back from Mark and Judy for almost 3 months, but they contacted me last week to set up another counseling session. They said they had met with their priest, and he told them “a child is always a gift from God”. He gave them his support in pursuing parenting, and he also reminded them that the Catholic church does not condone using any assisted reproductive technologies.

Mark and Judy took a few months talk about the beliefs of the Catholic church, the conversation with their priest, and their personal relationship with God. They wanted to take time know what felt “right” in this difficult struggle. Mark and Judy found peace with their decision and felt this was a personal decision to be made between them and God.

During infertility treatments, you will often be faced with having to explore your core beliefs and values…and how they align with your spouse’s core beliefs and values. Sometimes it just helps to slow down and take time to explore what feels right for you. It doesn’t matter what your friend would do in a similar situation, it only matters what you and your spouse decide is right for you as a couple. It may help to read books and have conversations with spiritual mentors and leaders in your religious place of worship. Then be still and listen carefully to your inner voice so you can access your own truth. Then you can find the peace as you take the next step that feels right for you.  Your inner wisdom often becomes clear when you take time to be quite, still, and pay careful attention what you know to be true.

We use cookies to ensure that we give you the best experience on our website. If you continue to use this site we will assume that you are happy with it.OkPrivacy policy