The New Normal NBC TV series: a critique by The Infertility Counselor 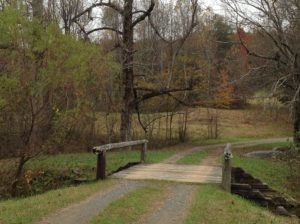 Let’s start with the positive:

The parents express how desperately they want a child. This is true for all couples I have seen who are making these heroic efforts to become parents.

I love Goldie saying,” A family is a family and love is love”. That warms my heart.

I also love Brian saying, “Not being the baby’s biodad doesn’t make me less of a Dad”.

Another great quote, “A surrogate is like an easy bake oven”.

There are many lines which express perfectly the way surrogates and intended parents feel and think. This helps people understand and soften into this particular way of creating a family.

Now for the not so positive:

I have met with many gay couples who want to have a child. They create embryos using one of the man’s sperm and an egg donor. The donor may be anonymous, or she may be a friend or relative (not a relative of the man who is using his sperm). The egg donor goes through in vitro fertilization to retrieve her eggs, and then her eggs are mixed with the man’s sperm to create embryos. Typically one or two embryos are transferred into the uterus of a gestational carrier, and the additional embryos are frozen. The frozen embryos may be used to try other cycles if the carrier does not become pregnant this cycle. The embryos may also be used for having other children in the future.

I also felt that many of the characters were trying too hard to play an exaggerated role, and it was a bit over the top and irritating at times. The grandmother, Jane, was way too strong of an outspoken bigot. Goldie’s daughter, Shania, was trying too hard to be an odd child and acted too mature for her young age. Goldie’s ex-boyfriend, Rocky, is an idiot and I can’t imagine she would have ever been interested in him in the first place. I liked the other characters.

Overall, the show is entertaining. As I stated earlier, it is a misrepresentation of surrogacy, and I am sad NBC didn’t do their homework to get this critical piece correct. I will stay tuned and see how the season unfolds, but they really lost my attention after the first episode. As an infertility counselor who counsels hundreds of men, women, and couples who are using assisted medical technologies to create their families, I advocate strongly for a well informed public who can better understand and support the 7.3 million people who are struggling to become parents.

We use cookies to ensure that we give you the best experience on our website. If you continue to use this site we will assume that you are happy with it.OkPrivacy policy