Best lubricants when trying to conceive 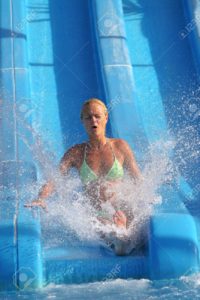 Have you ever wondered if your lubricant could be interfering with pregnancy? This is a great article with all the information you need to know.

NEW YORK (Reuters Health) – Couples trying to conceive may want to avoid some common sexual lubricants, which a new study says can harm sperm and reduce the chances of pregnancy.

“Lubricants available on the shelf at Target, Walmart are not lubricants any couple should use if they are trying to have a baby,” said Kazim R. Chohan, senior author of the study and director of the Andrology Laboratory at the State University of New York Upstate Medical Center in Syracuse.

“Couples can try them for their sexual pleasure,” Chohan told Reuters Health. “But if they are trying to have a baby, then they are not going to work for them.”

Two of five commercial products Chohan investigated in the study are no longer available in stores. Johnson & Johnson recalled K-Y Tingling Jelly and K-Y Sensitive Jelly from retail outlets last year after finding the lubricants required additional data for U.S. Food and Drug Administration approval, according to a company statement.

Some previous research suggests women trying to get pregnant are more likely to suffer from vaginal dryness, Chohan and his colleagues noted January 24the online in Fertility and Sterility.

But, they write, “Commercial coital lubricants have been wrongly perceived to maintain fertility.”

The researchers examined sperm motility in test tubes in the presence of five commercial gels and four common oils. The semen samples from 22 healthy donors were examined over the course of an hour of exposure to each product.

All the commercial lubricants except Pre-Seed, a product specifically formulated for couples trying to conceive, impaired the sperm’s overall movement and their ability to move forward.

In addition to Pre-Seed and the two recalled K-Y gels, the study looked at K-Y Warming Jelly and Astroglide.

The study found no negative impact on sperm from exposure to canola or baby oil. Sesame oil, however, was associated with an immediate, drastic decline in sperm movement.

And mustard oil had the opposite effect. When researchers mixed mustard oil with semen, the sperm became hyperactive and stayed that way for at least an hour.

Chohan’s laboratory tested mustard oil because sex workers in Bangladesh often use it as a vaginal lubricant as well as to try to kill bacteria. The authors called the results “very interesting” and suggested mustard oil should be studied further.

Past studies also have shown that over-the-counter lubricants impeded the ability of sperm to swim during test-tube experiments.

A 2012 study that tracked couples trying to conceive, however, reported no difference in success rates between couples who used lubricants and those who did not (see Reuters Health story of July 10, 2012).

“We don’t recommend K-Y Jelly. We recommend baby oil or mineral oil – not scented,” he said.

Behr and Chohan both said physicians have long advised patients who want to conceive to steer clear of commercial lubricants.

But Dr. Charles Coddington III, president elect of the Society for Assisted Reproductive Technologies and a Mayo Clinic professor of obstetrics and gynecology, told Reuters Health the study’s findings surprised him.

“The bigger surprise to me is the Astroglide because I thought that had been studied a little better,” he said. “I thought Astroglide was a good agent.”

Behr said he was surprised a few years back when he learned Astroglide, “a lubricant marketed to fertility practices, had some spermicidal properties.” Stanford fertility doctors give patients who need lubricants samples of mineral oil, which is inexpensive, nontoxic and readily available, he said.

“I can give you some mineral oil for five cents,” Behr said. “It would really be a shame that someone couldn’t get pregnant because they were using a spermicidal cream.”